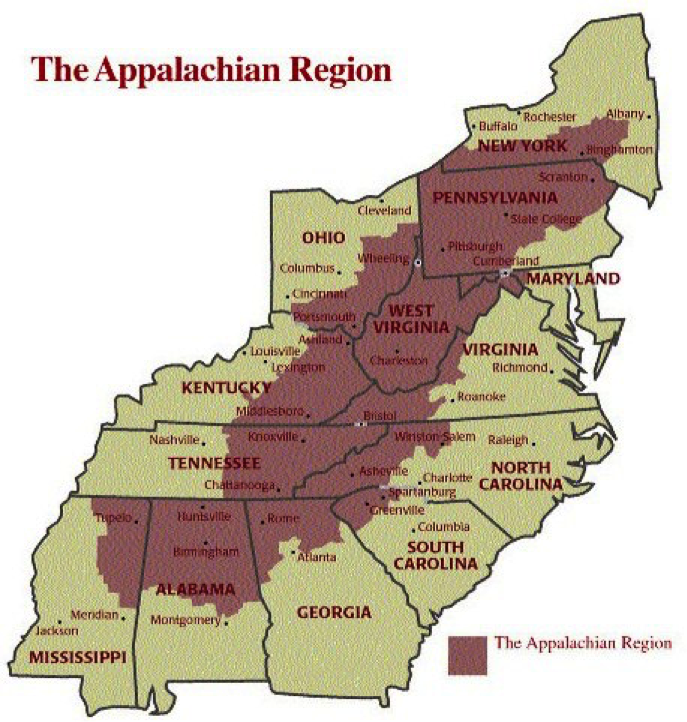 Scots-Irish, were the dominate ethnic group in the Appalachian South. Their fierce pride, clan structure, and distrust of outsiders became our own, but before they defined our region, they were restless immigrants who, for several centuries, seemed as destined to migrate as they were to breathe.

The Scots-Irish were a group of Scots who moved to Ulster, in Northern Ireland, before moving to the U.S. and first settling in New Hampshire and parts of Maine. Within a generation, they had moved down along the Appalachian spine, from western Pennsylvania and southeastern Ohio down into West Virginia, western Virginia, North Carolina, northern Georgia, Mississippi, Alabama and large parts of South Carolina, Kentucky and Tennessee. Many moved further south and west, down to the Gulf Coast and out to Oklahoma, Arkansas, East Texas and beyond. Eventually they migrated out to the Bakersfield region of California (think The Grapes of Wrath), and up the Great Plains to parts of Michigan, Kansas, Nebraska and Colorado (James Dobson and Tom Tancredo territory, not Denver and Boulder).

Their story starts in the Scottish lowlands, where they battled the English over sovereignty and one another over food, horses, property, and clan grievances. Their world was full of strife–recurring wars, poverty and soil so thin that it could hardly be farmed. They responded with blunt persistence, fighting whatever came at them and, at times, marauding to survive.

When Ulster Plantation, a new colony in the north of Ireland, was opened they went in droves. It held the promise of land; Ulster was a sparsely populated region. It was also familiar terrain; in smaller numbers, Scots had been migrating there for centuries.

For a while, Ulster worked. Because the region had few native Irish, it was easy for differences like religion to be overlooked. The settling Scots expanded their numbers, extending their strength, but in what was probably inevitable, massive conflicts arose between the English, the Scottish, and the Irish. Ulster’s residents were put dead center in a three kingdom war.

By the 1700s, many Scots-Irish had their fill. As much as one-third of Ireland’s Protestant population resumed their Westward migration, this time across the Atlantic to the edge of the American colonies, the undeveloped back country of the Appalachian range.

Even here, they found conflict. This time, it was with the aristocracy that controlled America’s lowlands. They admitted the Scots-Irish so long as the fiery newcomers stayed in the mountains. The Anglican elite found them rowdy and unruly but potentially useful at expanding the colonies’ Western reach. They sent them into the ancient forests of Appalachia, where the Scots-Irish would have to do what they did best–fight.

“Their answer, then as now, was to tell the English Establishment to go straight to hell. A deal was a deal–they would fight the Indians, although many of them would also trade with them and even intermarry…America was a far larger place than Ireland, a land in which they could live as they wished and move as freely as they dared whether or not the established government liked what they were doing…so they made their own world in the mountains.”

We know that world well. While there are nearly three hundred years between those first mountain settlers and us, we still see their influence. It appears in our language, our customs, but most conspicuously in our interactions with the world around us. I would say that we remain a clannish people, fiercely loyal to family, unimpressed with material wealth, quick tempered, suspect of the elite, strong fighters and religiously fervent.

One thought on “BORN FIGHTING”