As the official Clan and Family Society authorised by the Chief, Peter Carruthers of Holmains, to represent Carruthers and its derivatives worldwide, Clan Carruthers Society- International is in membership of the following international Clan and Society organisations. with evidence of the same taken directly from their membership lists, seen below: 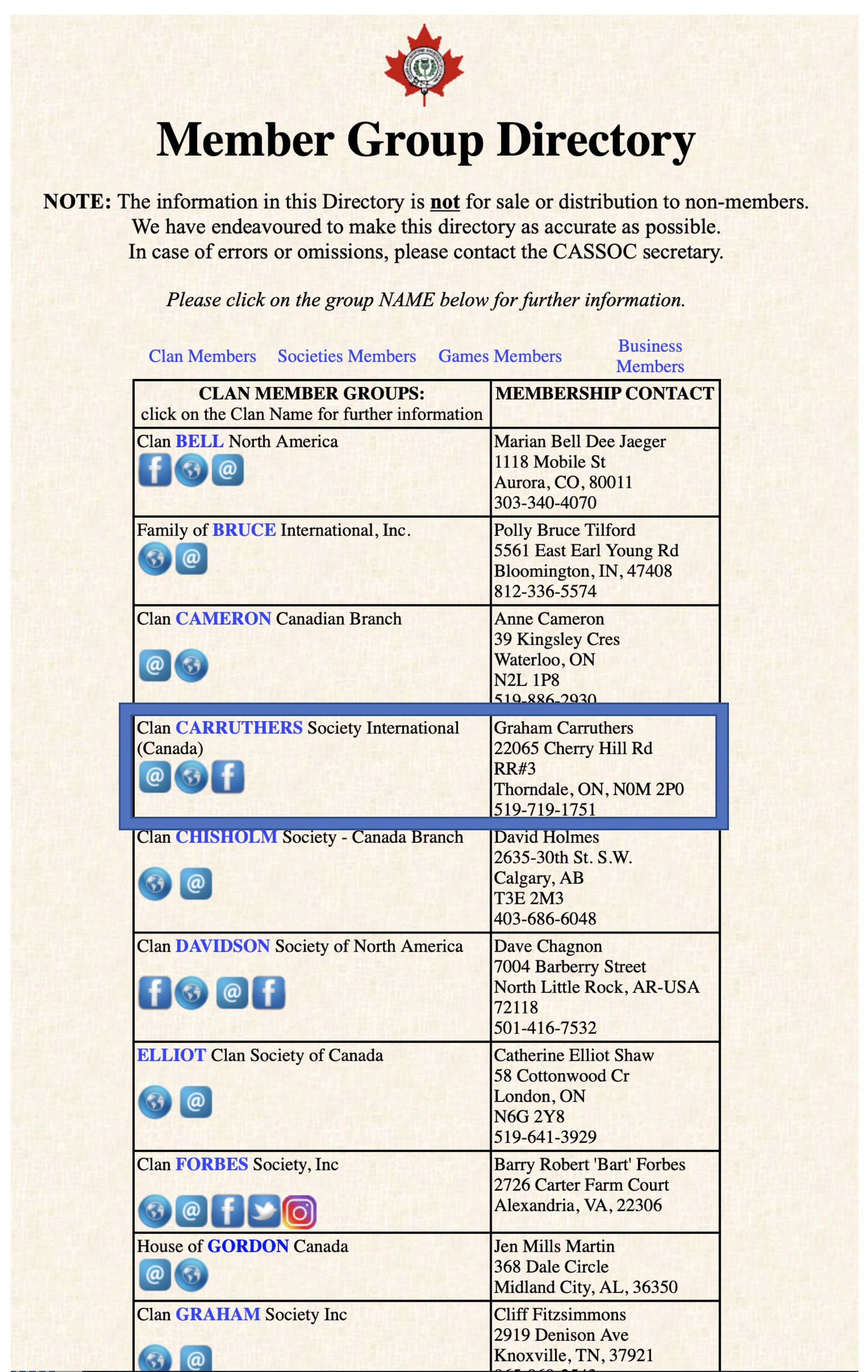