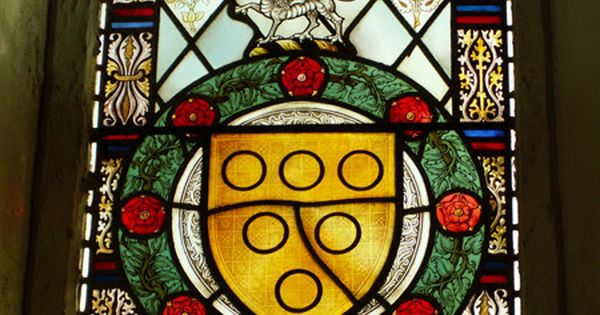 Richard Lowther was born about 1530. His date of birth is often given as 1529,1530 or 1532.
He died in 1607 and is interred in the Lowther Church Mausoleum in what is now Lowther Park near Penrith, Cumbria, England.

The-Tomb-of-Sir-Richard-Lowther
(In the Lowther Mausoleum, Lowther near Penrith England)

The-Inscription-on-Lowther’s-Tomb
The Lowther family of Westmoreland (Cumberland and Westmoreland,together, are now known as Cumbria) have been part of the fabric of Cumbrian society for centuries to the present day. Richard succeeded to the Lowther estates on the death of his grandfather in 1552.

Richard Lowther was Sheriff of Cumberland on two occasions in the reign of Elizabeth 1 of England; firstly in 1566 when he was knighted and again in 1588. He was also a Commissioner between England and Scotland and briefly Warden of the English West Marches against Scotland between the death of Henry Lord Scrope in 1592 and the appointment in that role of Henry Scrope’s son, Thomas Lord Scrope in 1593. Lowther’s temporary appointment as March Warden, he was the first commoner to hold the post since 1327, after many years as deputy to Henry Lord Scrope would have an acrimonious effect on the relationship between him and his successor, Thomas Lord Scrope. Scrope had already been made Captain of Carlisle castle and thus commanded two salaries whilst March Warden. Much to Lowther’s wrath Scrope chose his brother-in-law, Sir Robert Carey as his Deputy Warden, The move left Lowther without a meaningful role in Border society nor a salary. He had often complained to Lord Burghley , first minister under Elizabeth, that whilst March Warden, and not as was normal, Captain of Carlisle castle, he could not maintain a paid military force. He felt that he had been unjustly and unfairly treated, that the Wardenship was his by right of long and distinguished service.

CARLISLE CASTLE
Without doubt it was. Lowther was well respected by his counterparts, the Wardens of the Scottish West March for fairness and justice. However, he was to commit the cardinal sin of offending the monarch, Elizabeth 1. When in 1568 Mary, Queen of Scots fled Scotland after the stalemate that was the Battle of Langside deciding to throw herself on the mercy of the English queen, she landed in Workington on the west coast of Cumberland and was escorted to Carlisle castle by Lowther. After arguing with the Earl of Northumberland, Sir Thomas Percy, about which of the two should have custody of the Scottish queen, Lowther, backed by the garrison of the castle, held on to the illustrious fugitive from the Scottish nation.
Thomas Percy thought that as Mary had moved from Workington to the Liberty of Cockermouth, part of his estates, that he should be responsible for her custody. 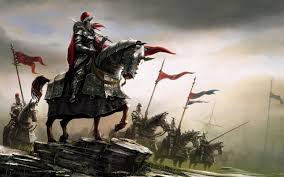 Lowther was to say following his success in holding on to control of the Queen of Scots that the violent confrontation with Thomas Percy was uncalled for. He was to report that:
“My Lord (Percy) growing into some heat and angre gave me great threatenings with many evill wordes and a like language, calling me a ‘varlett’ and suche others I neither desserved never looked for at any man’s for the servyce of the prynce (the Queen)”.
Injudiciously, however, he allowed Mary to speak with the Duke of Norfolk a few days later and, as a result, was heavily fined in the Star Chamber.
From that date, 1568 until 1592, Lowther remained deputy March Warden but was always, thereafter, considered as a man who could not be completely trusted by Elizabeth 1 and the Privy Council of England.
In 1593 when the twenty-five year old Thomas Lord Scrope arrived in Carlisle to succeed him as English West March Warden against Scotland, Lowther became completely disillusioned with his place in the Border hierarchy. He did, however, knuckle down to his responsibilities even though he harboured a great resentment that Scrope held a post for which he was not qualified as he had little knowledge of the intrigues that governed Border society.

Bolton-Castle-Wensleydale-Yorkshire-England
(The ancestral home of the Scropes of Bolton)
His dissatisfaction would truly manifest itself in the rescue of the great Scottish Border Reiver, William Armstrong of Kinmont. His true relationship with his immediate superior, Thomas Lord Scrope, would reach new depths- a chance on Lowther’s part to sully Scrope’s reputation.
Kinmont Willie was illegally captured by the English following a ‘Day of Truce’ held at the ‘Dayholme of Kershope’ in March 1596. Following the failure of diplomatic overtures by the Scots in a bid to have Kinmont released from house arrest in Carlisle castle, Sir Walter Scott of Buccleuch and a small party of Scottish Border Reivers, mainly Armstrongs, took the law into their own hands and successfully rescued the formidable Kinmont Willie with surprising ease from the fortress that was Carlisle castle.

The-Dayholme-of-Kershope
(Where the Day of Truce took place)
A romantic portrait of the rescue tells of scaling ladders that were too short to breach the walls of the castle and the undermining of the western port of the castle to effect entry. However the reality was different.
There was much inside help from inmates of the castle in which the English Grahams figured prominently.The western port was opened from the inside and five only of the eighty strong raiding party entered and were confronted by only two of the garrison. The remainder, whilst ostensibly on watch, were hiding and sleeping under coverlets from the horrendous rain of that night in April 1596.
Thomas Lord Scrope, completely humiliated that the defence of the second strongest fortress on the English Scottish Borders had been so easily overcome even implicated Sir Richard Lowther, among others including the Grahams, as one who had known that the Scottish Border Reivers would attempt a rescue on the night in question.
Scrope was to state:‘The Lowthers are my great adversaries’.

‘And regarding the myndes of the Lowthers to do villeny to me, havinge beene assured by some of their owne, that they woulde do what they coulde to disquiet my government, I am induced vehementlye to suspect that their heades have bin in the devise of this attempte’…(the rescue of Kinmont Willie).

In his own quiet way Lowther did all he could to undermine the effectiveness of Scrope’s wardenry and to sully his reputation as leader of the English West March. It is very probable that he knew of the intended raid on the castle yet took great satisfaction in not warning his superior, Thomas Lord Scrope.

Yet in the final analysis Sir Richard Lowther would slowly fade from mind, Scrope would join that exclusive club known as Knights of the Garter.

The capture and rescue of Kinmont Willie Armstrong was the last great event in the times of the Border Reivers before the Union of the crowns of England and Scotland in 1603 would effectively see to their demise. The history of it is replete with suspense and more pertinently, treachery and vengeance.